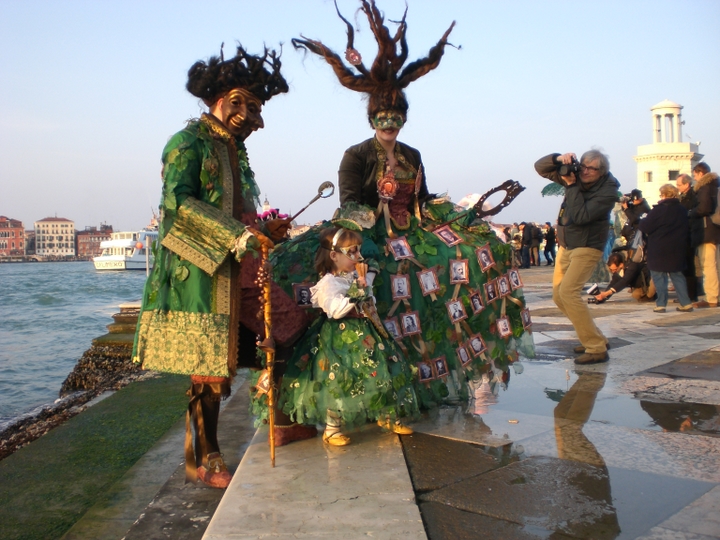 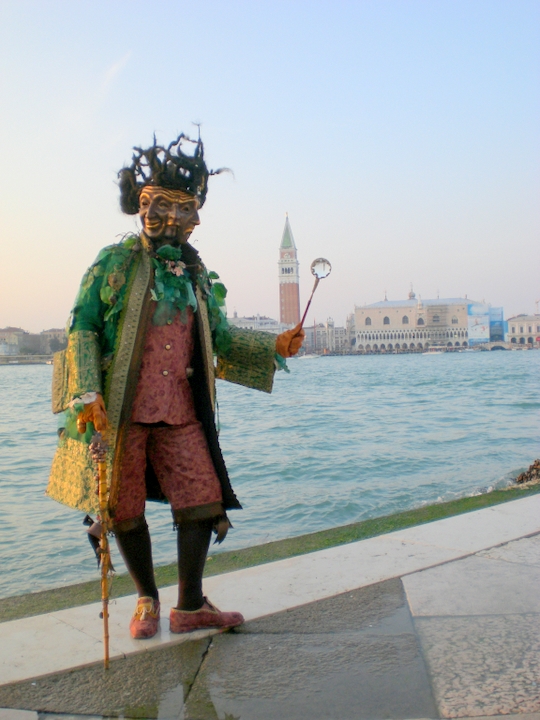 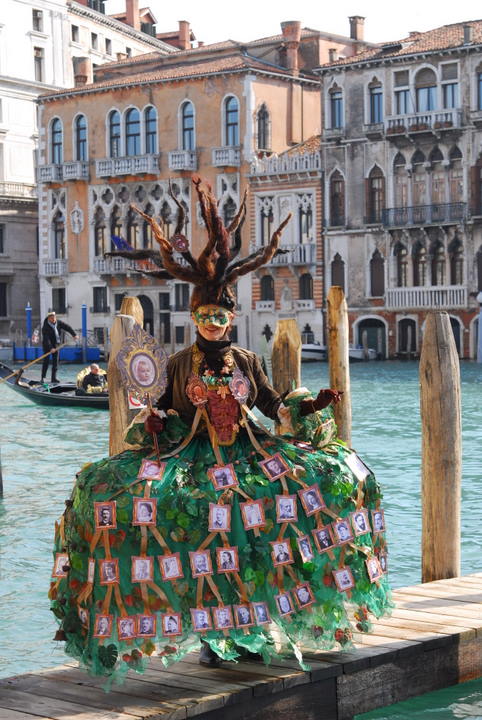 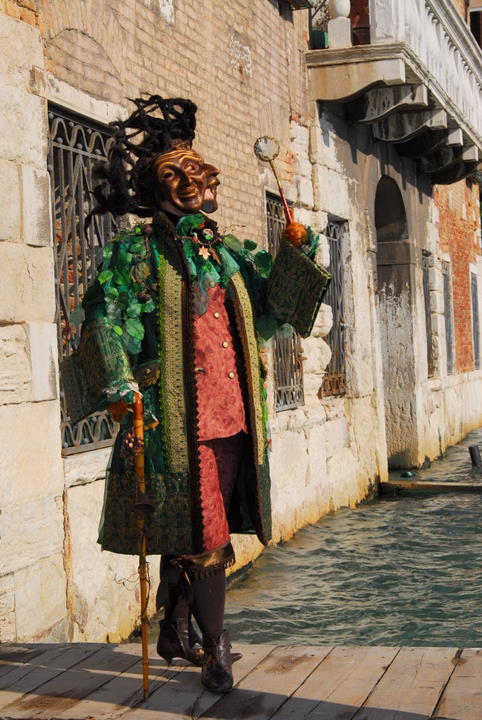 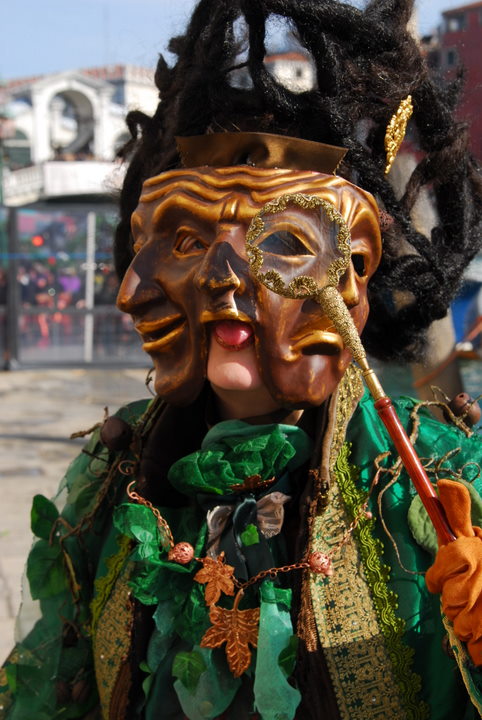 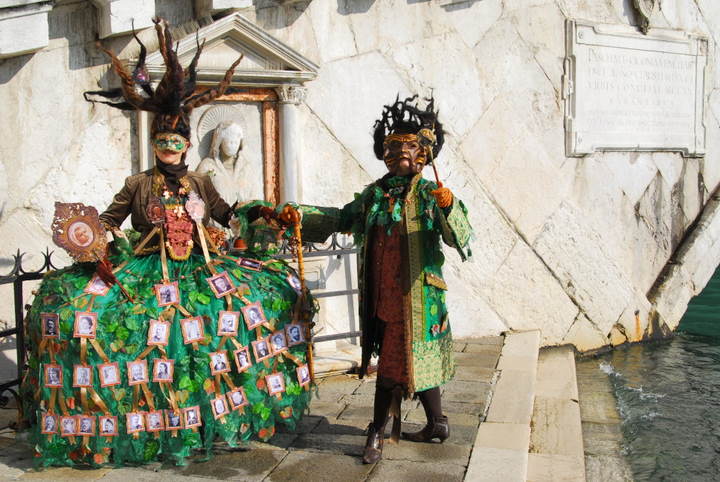 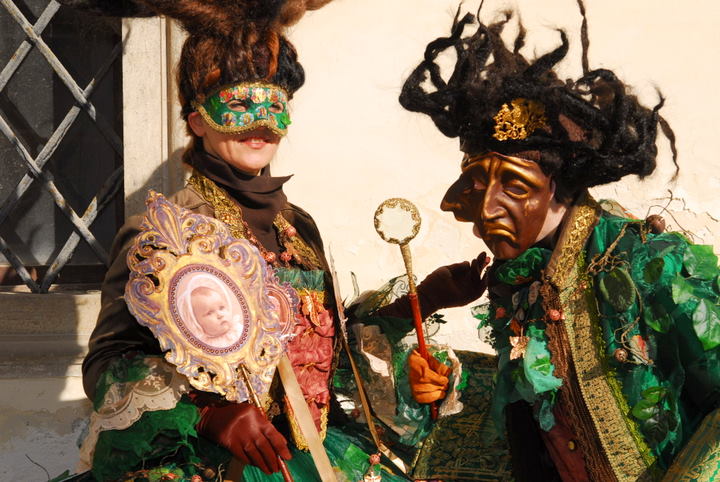 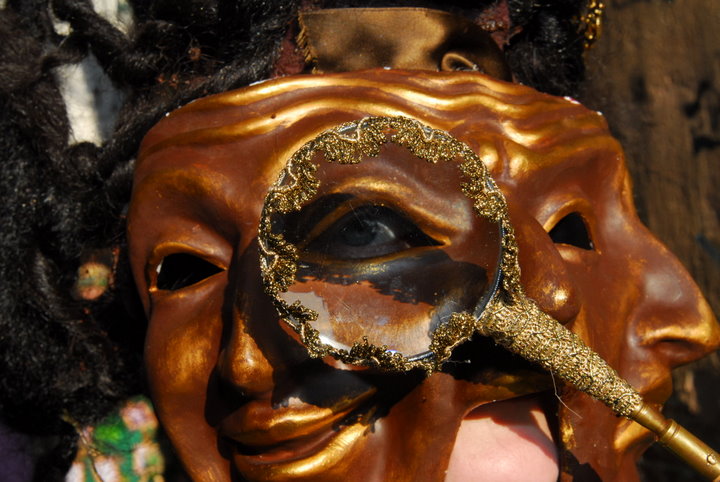 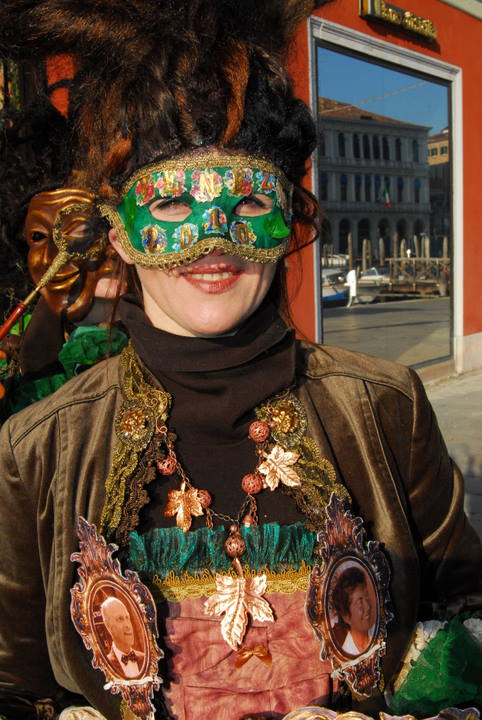 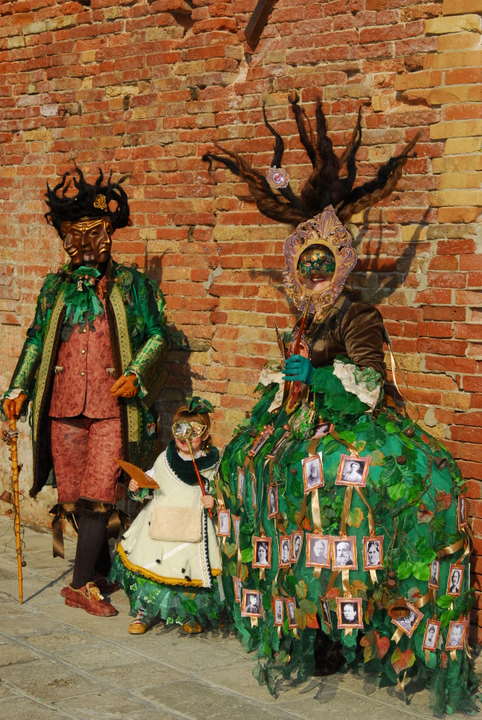 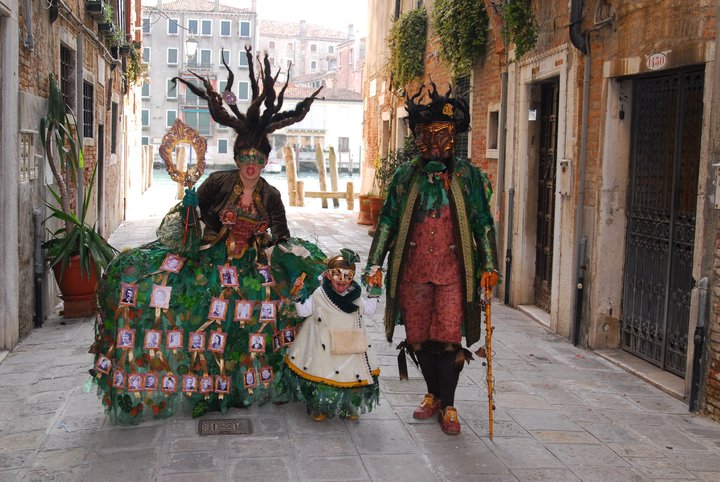 The family tree was my most personal costume ever. Since my husband had to deal with family trees at work and his own family tree goes back more than 11 generations, the theme for this costume was easy to find. On my upper body I wore our parent’s generation, I am myself (with my own baby picture in the mask, which I later took out) and Sophia and Matteo had their own pictures in the wig.

The wig was special anyway since it was hard to backcomb the artificial hair to make dreadlocks and wire them up so they would stand up. But we had a lot of fun with it and people laughed a lot, so: mission accomplished.

I would also like to give a huge thank you to my hubby who did the hard work to put more than 120 fotos and names in frames on the computer to have our real families on the dress. It was a crapload of work. Honey without you, my costume dreams would not come alive. THANX! ILY!

The skirt was made of two airy layers of organza and some hundred of leaves. I even forund branches of wire that looked real and sort of “grew” over the dress. They had little rusty bells (that were also on Tobi’s walking stick to make noise to make people make way for us).

When I wore the male costume once I had big fun playing it a bit “wild” cause people in general were scared or irritated of the “Treface”, the three-face-mask. So the caracter of the costume allowed me to be a bit cheeky and poke the people who did not want to give way for us with the stick. We laughed a lot on people’s scared and surprised faces.

On Tobi’s costume which was made from a gold-embroided Sari with leaves we bought on a trip to India in 2006 there were stripes of organza with leaves and bells and branches. His tricorno hat was also made of dreadlocks. And on the back of the costume there was the family crest of Tobi’s family. The pattern of his vest, pants and shoes was wood.

And of course Sophia had her own little tree dress with butterflies, nests, birds and dragonflies on it. She loved wearing it the day after the show in the Florian and S. Giorgio.

This costume made it to final round of the finale. Lots of people asked me why I did not win. Well, this year the jury voted differently than the last years and by intentions, as they said. And hey guys, winning three times was unbelievable. Winning four times would have been a bit too much, right? Also: it all about having fun not winning neccessarily.